Australian farming needs to diversify. Cattle farming is not a sustainable form of agriculture to the degree which it is practiced here in Australia. Sheep farming isn’t either. Water usage, soil degradation, animal cruelty, loss of trees which affects the entire ecosystem, the plagues of flies that we get here in Australia are all due to having a farming/ agriculture system that is based on cattle and sheep farming.

Cotton is another industry that has not been good for the environment due to the vast amounts of water used plus the huge amounts of pesticides. 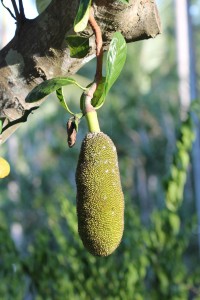 My proposals for where Australian agriculture should go are several. The first is fruit and nut trees. We need more trees. Trees help prevent global warming. Trees clean the air. Trees provide shade. But most importantly trees can provide food and a lot of it, while doing all of the above. So my proposal would be that farmers start to grow more fruit and nut trees especially tropical fruits. Queensland, the Northern Territory, Northern NSW and parts of Western Australia in particular have a climate that lends itself to many of the tropical fruits trees that are so common and popular in South East Asia. So many Australians have travelled now days to South East Asia and sampled the many fruits that are available there that huge industries could spring up selling the fruits, juices, jams and other fruit products that come from tropical fruits. 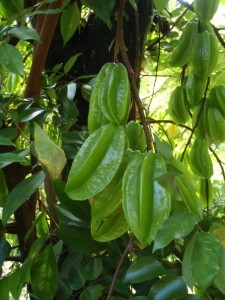 Australia needs more trees and so why not convert a lot of grazing land back to land that is growing trees but is still productive?

Another industry that could flourish in Australia is industrial and medicinal hemp. With the recent legalization of hemp in Colorado and Washington state a new hemp industry has a great chance of blossoming in Australia. Australia was originally founded as a hemp colony to provide hemp ropes for the British navy. As well as ropes, hemp can make other textiles such as clothing, particle boards, all sorts of fibre based products as well as hemp seeds proving a high protein food for humans and animals and the flowers can be used in medicine for cancer and glaucoma. Paper production is also a huge potential for hemp as its fibres are very strong and before prohibition US currency was made from hemp paper. I have used hemp paper and it is a very strong form of paper. This again allows us to stop cutting down trees for papers at a time where we need our forests to rejuvenate.

Bamboo is another agricultural product that would be great to have more grown of in Australia. Bamboo clothing is fast becoming the most comfortable form of clothing and bamboo has so many uses in building, textiles, flooring, bench tops, walls, etc. Bamboo grows very quickly and has a long history of use in Asia. Why not grow it here more and produce our own bamboo clothing, floorboards and other items?

Another area of growth in agriculture should be healthy grains such as quinoa. Western Australia has been doing a lot of research into getting a viable quinoa industry in Australia and it is a drought resistant crop that fetches a high market value. Farmers should start to plant quinoa and grow it for the domestic market and for export.

The other area of growth in Australian agriculture should be medicinal herbs. Natural medicine is booming in Australia and many people want high quality, organically grown medicinal herbs. Herbal medicines native to Australia, from Europe, from China and from India can all be grown here. Look at the recent boom in demand for Goji berries. When I first studied Chinese Medicine back in the early 1990’s no one had heard of these berries but now everyone wants them. This will be the same for many medicinal herbs.

Look at the massive rise of stores like Happy High herbs which went from one shop in Nimbin to more than 50 shops all over Australia and worldwide, even in California,  as people want medicinal herbs as well as herbs for rituals etc. All the big products that we now take for granted such as tea, coffee, spices and tobacco were once unknown exotic plants that then became popular. Australian farmers should start to grown herbs such as Damiana, Ashwagandha, Rehmannia, Euccomia Bark, Morinda Root, Goji Berries. They can be used for domestic consumption but could also be exported back to China and India where they are in high demand, especially where those countries may have dangerous chemicals that they use in their agriculture methods.

Chinese medicine has boomed in Australia amongst not only Asian Australians but Australians of all cultural heritages as people try to avoid the harmful effects of Western medications and surgery.

Chinese herbs can be grown in all sorts of different climates since china is such a large country. Some like the warmer climates similar to Northern Australia while some would like Tasmania or Victoria’s climate. The same is true for Ayurvedic ( Indian ) herbal medicines and European herbal medicines.

Dandelion coffee is becoming increasingly more popular as its health effects of the liver become more known and people start to really like the taste of Dandelion Coffee, Latte Soy Dandies, Dandy Chai, and other popular drinks in cafes across all major cities.